The Great Churches of Paris: The Series: #6 -The Cathedral of Notre-Dame de Paris 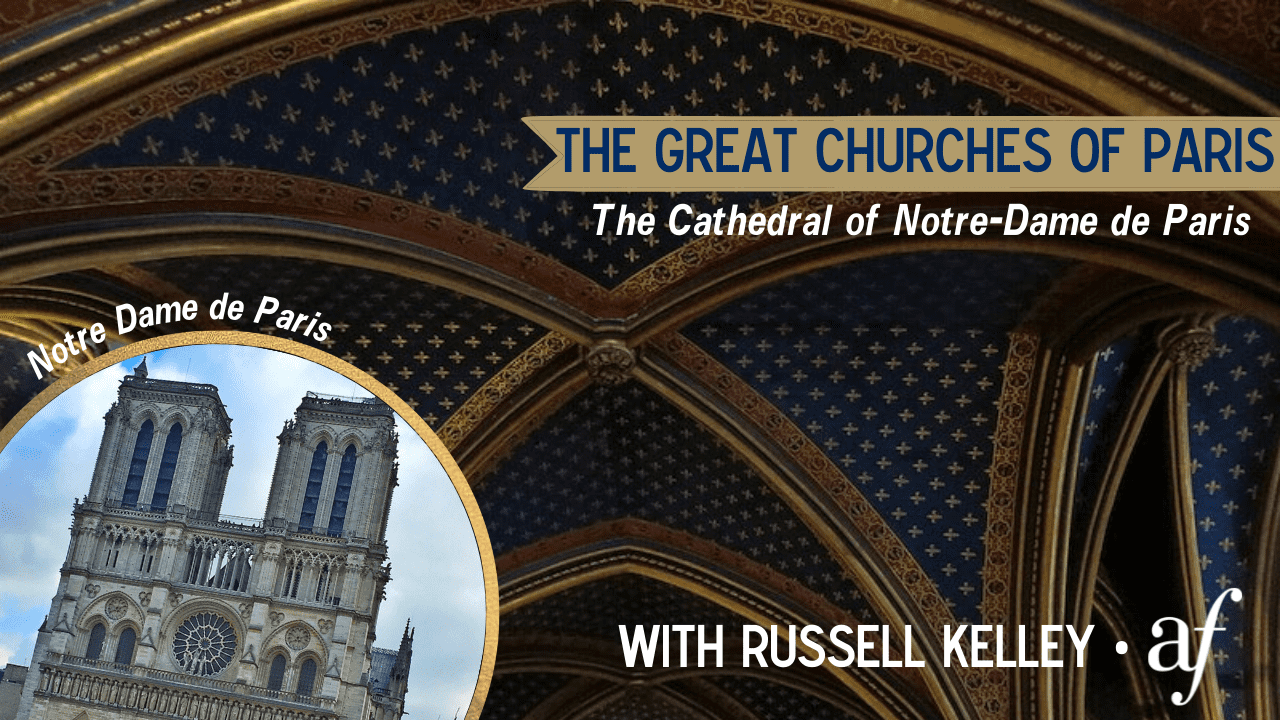 In 1163, Bishop Sully laid the first stone of his cathedral on the Île de la Cité, in the epicenter of medieval Paris. It was the second church in France, after the Basilica of Saint-Denis, located six miles north of Notre-Dame, to be constructed in the new Gothic style that was to define the Late Middle Ages. Notre-Dame would not be completed until 182 years later, in 1345. While the huge cathedral was first constructed in the Early and then High Gothic style, the upper levels were soon rebuilt in the new Rayonnant Gothic style to allow more light to enter the cathedral. The cathedral continued to evolve over the centuries, and was host to major events such as the first meeting of the Estates General in 1302, the coronation of 10-year-old King Henry VI of England as King of France in 1431, the marriage of the future King Henri IV of France and Marguerite de Valois in 1572, and the coronation of Napoléon Ier as Emperor of the French in 1804. Restored by Eugène Viollet-le-Duc in the mid-19th century, when its famous gargoyles were also installed, its roof and steeple were once again being restored when they went up in flames on April 15, 2019. Restoration work is underway and the cathedral is scheduled to reopen in June 2024, in time for the Summer Olympics that Paris will host.